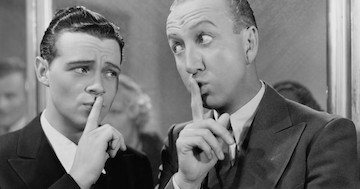 To be fair, they have no choice. Software companies can’t make money selling billing software to the ambulance industry – at least not real money as defined by the technology industry. So they have to sell low performance products to maintain their bottom line. How can this be, you ask?

Let’s say a software company somehow captures the entire New York City non-emergency medical transportation market, one of the largest non-emergency medical transportation markets, at approximately one million transports per year. Say that software company wins a killer deal by charging ambulance companies $2 per transport to use their software (about four times the current market rate). Ultimately, after snagging an impossible share of the market and charging an outrageous rate, the software company generates $2,000,000 in annual revenue – less than the annual revenue generated by the average McDonald’s franchise. Consider that for a second: a software company dedicated to the ambulance industry can’t survive by dominating the largest market on the planet and overcharging.

Given this limited revenue potential, the software companies can only afford to build mediocre, fairly generic products, and they can’t afford to market them as anything less than cutting edge. These vendors will point to their software’s well-organized process flow – but that’s exactly the flaw in the argument. In this system, claims are moved from bucket to bucket within measurable time frames. The system just has to keep track of the claim, and all the biller has to do is manually move the claim from one bucket to the next. How’s that for automation? It’s not particularly efficient, but the software provider benefits because the client needs more seat licenses to keep the volume of claims moving. The software system stays simple and cheaper to maintain, which improves the software company’s profits.

A software manufacturer will similarly avoid adding features that maximize collections because those features require additional system complexity, which increases development costs and complicates implementation, training, and maintenance. In other words, it’s a loss for them to help you collect more.

Here’s the good news: Given that the billing software sold to this industry is weak, at best, there is a significant opportunity to improve collections and efficiency with the right technology and the right partner. You need a vendor whose goals are in line with yours.

The only entity incentivized to develop the technology that will maximize efficiency and collections is a billing service that lives for the challenge of continuously evolving new solutions – because really, they’re the only ones who can afford to. They know that the more automated the process, the more code is required, which increases development and maintenance costs. But they also know that extra development expenses result in improved labor efficiencies, allowing fewer people to handle more claims, collect more dollars per claim, and collect on a higher percentage of claims.

Effective billing companies improve by analyzing exceptions, not ignoring them. When enough similar exceptions are found, the truly efficient billing company is able to build a new automated process flow to capture and properly handle those claims. This kind of company sees agencies’ problems as opportunities instead of obstacles, which creates a rewarding partnership.

So if you accept the notion that technology is the key to maximizing efficiency and collections, the answer should be clear: You need a complete billing service with proprietary software.

We build and deliver full-service EMS and ambulance billing solutions that focus on compliance, reporting, and maximizing collections for our clients.